As a progressive and fast moving business we are always keen to look to the future, however sometimes it’s good to look back and see where it all began, and how we became established as one of London’s best known coach operators.

2011 was our 25th anniversary of operating coaches in the UK which gives us much cause for celebration.

Here are some important and significant datelines in our history:

1987 – An order for six new groundbreaking Jonckheere, and Van Hool single, twin-deck, and double decker coaches is placed, with a further order for 12 new coaches in 1988/1989

1992 – Ashford, Kent  depot is closed, and the coach operation is focused on the busy London depot at Hounslow.

1995 – Biggest coach booking ever undertaken by Westbus. 118 coaches were assembled to transport supporters to and from a Spain/Italy cup match at Wembley.

1999 – Westbus PTY of Australia is sold to National Express Group, with the deal including Westbus (UK) Ltd as a wholly owned subsidiary.

2001 – Westbus celebrates 15 years of successful operation in the UK.

2006 – Westbus takes over Armchair Coaches and the business becomes one of London’s largest quality coach operators.

2009 – Westbus has its most successful year and puts huge investment in to some of the best new vehicles available within the marketplace, with further new vehicles delivered in 2010.

2011 – Westbus celebrates 25 years of operating coaches in the capital.

2014 – Westbus has its most successful year on record. It grows to a fleet of over 42 vehicles.

2016 – Westbus celebrates 30 years of operating coaches in the capital.

"The quality of coaches and drivers at Westbus is the best that I have come across."
Radisson Edwardian, John Dean

"We have enjoyed a great working relationship with west bus for many years – long may their valued work continue."
The Barbican, Eddie Shelter

"For many years it has been a great pleasure for our company to use Westbus for our charter coach movements throughout the UK. Providing a high standard of quality and comfort, our guests from overseas are always satisfied."
Interopa Holidays Ltd, James Cuttica 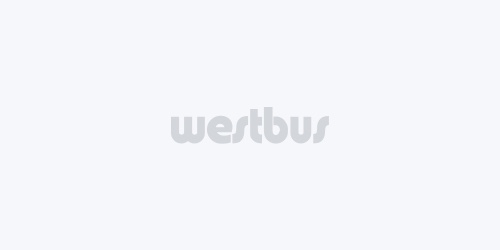 It is now over a year since we first moved to our larger premises in Hayes and time has flown by. At the time it was a new beginning, with a new premises and a new Operations Manager but we are now in a stronger position, with a team and premises that can service our […]

Our range of Mercedes 25 seat mini coaches were beginning to look dated and they lacked adequate luggage space. But we took the decision to replace them with the Turas 600 which combines style with the comfort of a larger coach. The Mini coaches have full leather reclining seats and have individual USB ports to […]

When major European teams come to London to play Champions league or Europa League games they contact Interopa Sport. Who, in turn contact Westbus. Below are just a sample of the teams that we have recently transported.

In 2018 Westbus decided to add midi coaches to their already diverse fleet. We decided on the Sunsundegui SC5 with a Volvo engine. The coach has dynamic design and provides the comfort and facilities of a large executive coach for smaller groups.